3 Under-the-Radar Cryptocurrencies That Could Pop in Early 2023

3 Under-the-Radar Cryptocurrencies That Could Pop in Early 2023


Despite the broad sell-off in the overall crypto market over the past month, a number of under-the-radar cryptos are starting to separate themselves from the pack and generate impressive returns. At a time when market stalwarts like Bitcoin (BTC 0.06%) are having a difficult time finding momentum, a handful of cryptos are bucking the trend and are up by more than 30% over the past 30 days.

Litecoin remains one of the most popular cryptos in the world more than a decade after it launched in 2011 as a form of “Bitcoin lite.” While Litecoin has inherent value as a form of payment, the primary reason for its 25% run-up in price over the past 30 days has to do with an event coming up in 2023 known in the crypto world as a halving. In a halving event, the reward for mining a new block on the affected token’s blockchain is cut in half. This cuts the rate of supply growth of that token over time, and makes new supplies of the token more scarce. 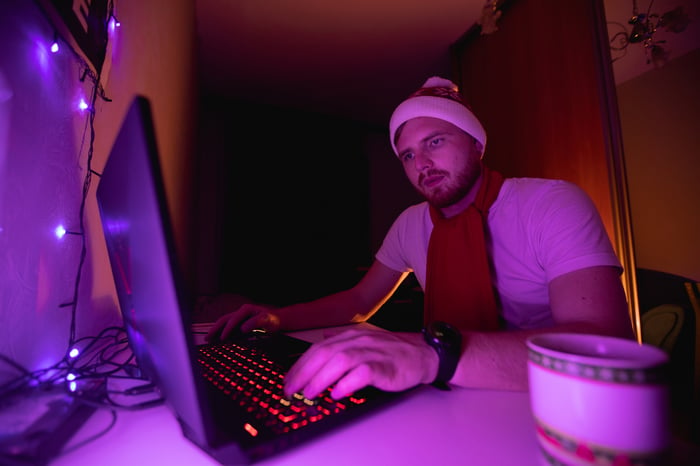 The combination of these factors historically has been good news for traders. Litecoin has followed a predictable pattern every four years: Its price tends to rise ahead of the halving. Ahead of the 2015 halving, for example, the price of Litecoin increased from $3.62 in early November 2014 to $5.05 in July 2015. Then, ahead of the 2019 halving, Litecoin increased from $22.17 in December 2018 to $146 in June 2019. Of course, there is room to debate whether this price increase is due to the halving, or to overall market sentiment. According to theory, at least, the reduction in Litecoin supply growth should trigger a rise in price.

Since this pattern has been observed in 2015 and 2019, it’s no wonder that traders think it will repeat in 2023. With the next Litecoin halving now scheduled for August 2023, there’s still time to participate in this upside potential. The big caveat here, of course, is that the price of Litecoin tends to decline after the halving takes place. Thus, this might be only a short-term market opportunity to take advantage of in early 2023.

ApeCoin is the utility and governance token of the Bored Ape Yacht Club ecosystem. Bored Ape Yacht Club is arguably the most successful non-fungible token (NFT) collection ever, so there was enormous excitement around ApeCoin when it launched back in March. However, the NFT market collapsed in May, and the past six months have seen the floor prices for NFTs plunge across the board, and sentiment toward the Bored Apes in general tanked too. ApeCoin is now down a shocking 90% from its all time high in March, and some investors have given up on NFTs entirely as a form of digital asset.

But one key factor could catapult ApeCoin ahead in 2023: the return of the NFT market. Based on rising floor prices for Bored Ape NFTs over the past 30 days, there is anticipation that ApeCoin will finally deliver on its initial buzz and hype. Moreover, ApeCoin recently introduced staking rewards for coin and NFT holders, and that has also reinforced rising sentiment. As a result, ApeCoin is up 36% over the past 30 days. The big question, of course, is whether this is just a “dead cat bounce,” or a sign that ApeCoin is ready for a rebound in 2023.

Stacks is a Layer 1 blockchain designed to bring smart contracts, NFTs, and decentralized applications to Bitcoin. This is important because Bitcoin does not offer any of the enhanced capabilities of typical Layer 1 blockchains. So one way to think about Stacks is that it adds utility to Bitcoin without forking or altering the original Bitcoin blockchain. For example, right now, you can’t stake Bitcoin. However, using Stacks, you could earn staking rewards on your Bitcoin. Many other use cases for the token exist, such as being able to mint NFTs for Bitcoin.

Thus, the best way to think about Stacks is that it is really an indirect play on Bitcoin. If Bitcoin is performing well, then Stacks should also. But if Bitcoin is tanking, then Stacks is likely to do so as well. Unfortunately, that means Stacks has had a soul-crushing 2022. It is now down 93% from its all-time high in November 2021. While Stacks briefly rallied by more than 33% in recent weeks, it appears to have largely given up those gains. It is now up just 8% over the past 30 days. Investors need to ask whether they believe Stacks can do it again, and more sustainably.

That said, Stacks might be able to piggyback on any bull market run that Bitcoin makes in 2023, given that the value of Stacks is very much linked to the value of Bitcoin. Some traders now think Stacks could rally to $1.50 from its current level of $0.25 by the second half of 2023. If you are looking for a highly speculative crypto play under $1, this could be it.

Which coin to buy first?

Of these three coins, the first priority is Litecoin, which has already started its pre-halving rally. The narrative behind Litecoin is easy to understand, it has a historical track record of performance, and there is a clear date when Litecoin will experience its third halving.

The second priority would be ApeCoin, which is much more risky and volatile than Litecoin. There is a strong track record for Litecoin dating back more than 11 years. In contrast, ApeCoin has existed for less than 11 months. Moreover, NFTs are still so new as assets that we don’t know how their prices are going to behave over either the near term or the long term.

Yes, there’s a crypto winter. And, yes, tokens are risky purchases with volatile prices. But these three cryptos show clear signs that they could break out in 2023.