Together with major Swiss banks, the Swiss stock exchange BX Swiss is taking the financial market infrastructure for tokenized securities to the next level. In a test, trades on BX Swiss were settled for the first time directly in Swiss francs via a decentralized public-blockchain.

The test was conducted as part of a proof of concept under the auspices of the Capital Markets Technology Association (CMTA). In the process, structured products were issued by the Swiss banks Credit Suisse, Pictet and Vontobel in tokenized form as ledger-based securities on the Ethereum test blockchain and subsequently traded via the BX Swiss trading platform.

In a further step, the trades were settled directly on the blockchain via a globally unique mechanism. For this, the CMTA created an additional open-source smart contract for bilateral and secure settlement without counterparty risk. Cash-side settlement in Swiss francs was carried out for the first time via a direct technical bridge that connected the Ethereum blockchain with the Swiss Interbank Clearing (SIC), the payment system of the Swiss National Bank.

With the proof of concept, BX Swiss was already able to successfully test the technical basis for the settlement of trades in tokenized securities against Swiss francs with various banks. The tested settlement system on a decentralized and public blockchain infrastructure offers cost advantages along the entire value chain of securities (issuance, trade settlement and custody) and enables the exploitation of the potential in the already rapidly growing global market of blockchain-based securities.

In order to be able to productively trade tokenized securities in the near future, BX Swiss still requires a separate and additional financial market license from the Swiss Financial Market Supervisory Authority FINMA. 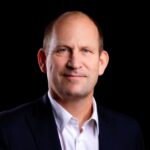 “Our longer-term goal is to revolutionize securities trading so that more and more retail investors can participate in the capital markets and SMEs have easier access to regulated trading,”

“The proof of concept with CMTA is a milestone in the cost-efficient settlement of trades in tokenized securities.” 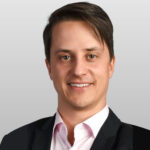 “The Swiss legislator has created the necessary regulatory framework for the use of blockchain technology in the capital market. The settlement system tested with the banks can deliver on the promise of this new technology, allowing trades to be settled in a decentralized and much more cost-efficient manner in the future,”

“We don’t need a new central bank digital currency (CBDC) or a stablecoin for this. This is a decisive and landmark step for the adoption of blockchain technology in the existing financial system.”

Börse Stuttgart Group, to which BX Swiss belongs, is the regulated infrastructure partner for secure access to cryptocurrencies and tokens.