For most CEOs, the first several weeks or months are spent learning the ropes, poring over financials and meeting shareholders. More often than not, press interviews are reserved for a later date. Everette Taylor, on the other hand, is jumping in with both feet. It hasn’t been a full week since Kickstarter appointed the former Artsy CMO to the chief executive role, and from the sound of it, he hasn’t wasted a moment.

Fresh off an appearance at Forbes’ 30 Under 30 Summit, he sat down for a chat in his Detroit Airbnb, only slightly worse for the wear from his travels. The conversation comes amid a kind of listening tour, where Taylor says he’s been engaging both Kickstarter staffers and users about things the service does well, and those things it can do better.

It’s an important step, as he takes over the role in the wake of turbulent times for the crowdfunding service. The past few years have been rough for Kickstarter, with layoffs, a butting of heads around unionization and some bad publicity tied to blockchain plans. Taylor discusses all of that, and where the service — and crowdfunding in general — is headed.

How has the last week been?

It’s been enlightening, to say the least. One of the things that I knew about Kickstarter before coming here was that obviously the company had such incredible brand awareness. I thought that was really a strength. What I’ve been not surprised by, but really inspired by, is how passionate the community is, good or bad. This past week was me really being able to get so much feedback, positive and negative, from our community and learn so many of the challenges that Kickstarter faces and our users in our community really want to see us succeed. Even if they’re upset about us not having this product feature, or us doing this or that, they really are so heavily invested.

In terms of the kind of the negative side of things, what’s the most common feedback you’ve gotten so far?

The most common feedback is about our blockchain plans. I think there’s a lot of misinformation out there. People think that we’re turning Kickstarter into a web3 blockchain company. We’ve started a protocol as a separate entity. We’re exploring the opportunities that’s there in the blockchain to alleviate some of the challenges that we face as a centralized crowdfunding company. That’s it. We’re not committed to moving Kickstarter to the blockchain or doing anything specific there.

Is there a sense in which the project itself has shifted or changed as a result of that user feedback?

I don’t think so. I think our intentions were always genuine and positive. We came at this from the point of supporting people, creators and backers — wanting people to have a better experience and also wanting to see creators be more successful. […] This decentralized play is really only targeted towards improving and helping to solve some of the headaches and problems that we have in crowdfunding. But that doesn’t mean that we’re committed to it. We just want to explore it and see what’s out there that we can do.

What is the elevator pitch for the decentralization?

What would you have done differently as far as that initial blockchain news rollout?

We had only but good intentions, but we didn’t communicate that well. We could have communicated that better and gotten our community involved in some of the feedback of what we were working on. Now we do have a Kickstarter Advisory Council. I’m actually meeting with them tomorrow.

What is the role of the Advisory Council?

These are our eyes and ears on the ground. These are the people that are actively using Kickstarter as creators and backers. They’re heavily involved in the community. A lot of these people actually make a living off of Kickstarter, so these people are heavily invested. They’re using the product, they know what they want to see and what they don’t want to see. They know what’s needed. They know the complaints of our user base. To be able to get that feedback from that group to our strategy to help us prioritize, is how I’m seeing the group.

Kickstarter’s union efforts have been a big news story for the past couple of years. Last figure I saw was that something like 60% of employees are now part of the union. There was some initial pushback to those efforts. [Former CEO Aziz Hasan] called it “inherently adversarial” in a memo. What are your feelings on the Kickstarter Union and how do you plan to work with them?

I just met with the union reps last week, it was incredible. They genuinely care so much about Kickstarter. They’re giving their free time committed to providing a better experience for not only themselves, but their colleagues and also the future people that work at Kickstarter. I think that’s incredibly inspiring. Here’s the thing: these are things I want to do anyway. These are the things that I want to do to support the members of our team. The fact that it’s in the [Collective Bargaining Agreement] and in writing, that’s great. But these are things that I want to make sure that we’re supporting our team with regardless.

So it’s safe to say that you plan on working as directly with the union as possible going forward.

One-thousand percent. The head of our union, I’m probably going to hang out with him in Brooklyn soon, maybe play some games. We’ll see what happens. It’s not union and Kickstarter. This is our team. I don’t see it as a union versus Kickstarter. These are the people that I’m going to war with. 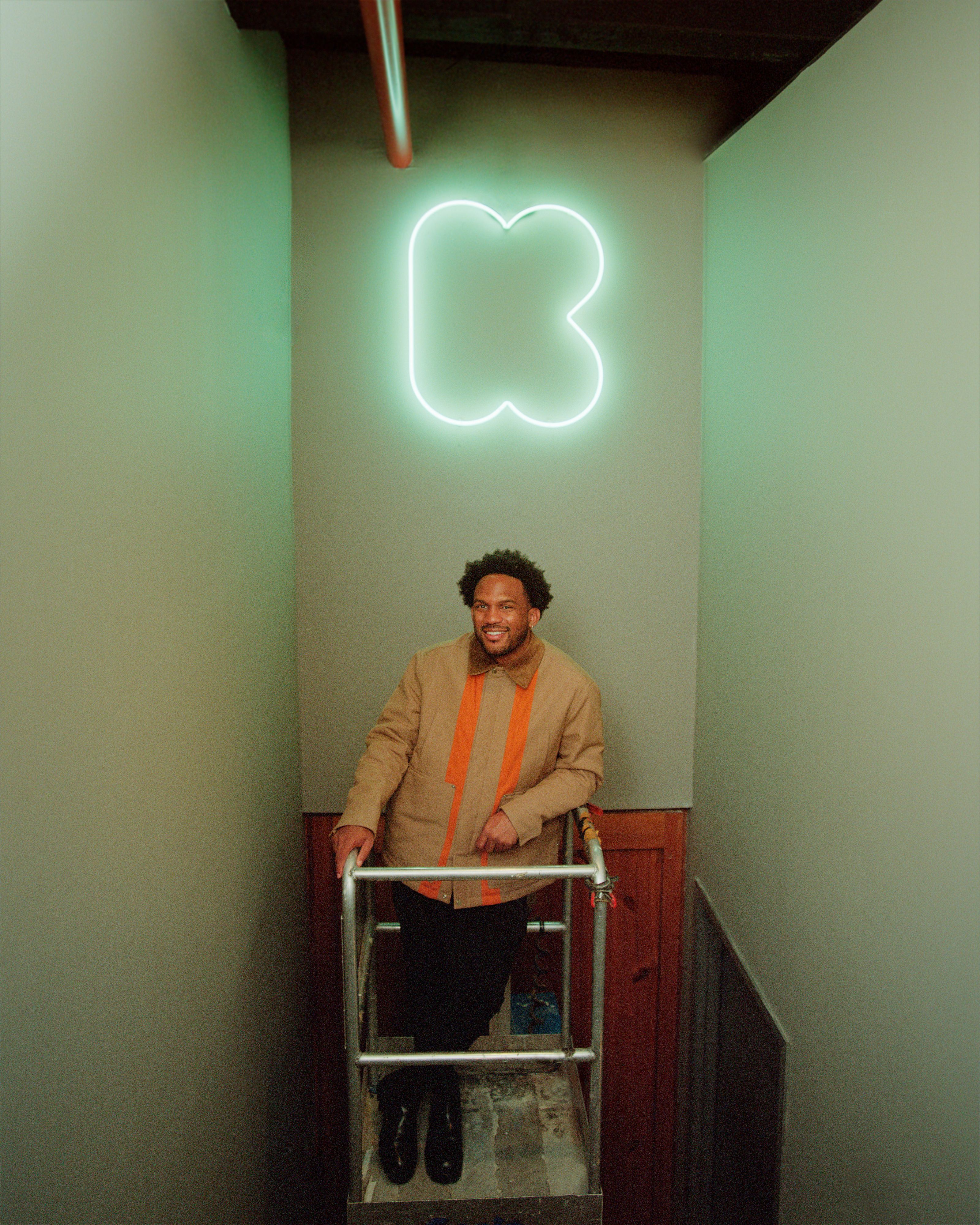 There were layoffs — something like 40%. Is Kickstarter in a better place financially than it was when those went down?

Kickstarter is a very healthy business from a financial perspective and very profitable. At the time of the decision, there was a lot of uncertainty. I can’t even imagine being in Aziz’s shoes and trying to predict are people going to create product projects during the pandemic? I think [the reorg] gave Kickstarter two things. Number one, it gave us a little bit more financial flexibility in terms of headcount. And number two, it provided us with strategic thinking of what do we actually need? All of these tech companies right now laying off tons of people. Kickstarter, no problem. And I think that’s because after the layoffs, we have strategically hired and built a team that we need instead of having a more bloated team. I plan to continue to increase and hire incredible people here.

So, no layoffs for the foreseeable future?

No layoffs for the foreseeable future.

Whenever I mentioned crowdfunding, or Kickstarter specifically, somebody will tell me a story about a time they were burned by a campaign. Some of those people go back and do it again. Some of them don’t. Ultimately, can you win back the latter?

Absolutely. Here’s the thing: If you’re a person that wants to support people or support things that you’re passionate about, it doesn’t change. I plan to make changes to our experience and help people have better experiences from the creator side and the backer side of the platform. When those changes are made, trust me, I will scream those changes to the rooftops. And I want to make sure that people come back and have better experiences. That’s one of my biggest priorities.

What can Kickstarter do to do a better job to really help surface the smaller creaters and smaller projects?

I’m really thinking about the lifecycle experience of a Kickstarter backer. If you’re somebody who’s shown a history of backing music projects, or you’ve shown a history of backing people from Tacoma, Washington — if you’re showing that you have intentions of wanting to support a certain thing, then we should be letting you know about those things. We should be doing a better job engaging our users and letting them know about the things that they’re going to be most interested in on the platform. When they get onto the platform, they get push notifications, or they get email.

What is the future of crowdfunding?

When it came to Artsy, the art world was still by and large, very exclusive. A lot of people from different walks of life didn’t feel like the art world or buying art was an option for them. I think the same is the case for crowdfunding. As incredible of a job as Kickstarter has done, it’s still a niche space. What I want the future of crowdfunding to be is that anybody with an idea — I don’t care what your socio-economic background, your race, or sexuality is. I don’t care. You have a platform that evens the playing field, and anybody with an idea, anybody with a creative idea, or project or company or brand or anything that they want to start, they can do it through a platform like Kickstarter, or some of our competitors or other players out there. I think the future of crowdfunding if we do this right, is we provide a platform for anybody to make their dreams come true. Anybody that has an idea, they feel like they have an option to actually make it come true.

When I talk about the future of crowdfunding, I think about people from where I’m from. I grew up in Southside Richmond. I didn’t grow up in the best neighborhood. A lot of people that I grew up with didn’t have resources, or money, or the direction or guidance to be successful or be able to do the things that they wanted to do. We all have dreams. The difference is that the people with the resources and the money to actually make those dreams come true, typically are the ones that actually are able to see those dreams through and bring them to fruition. At Artsy, I wanted to see more black collectors or collectors of color, women collectors, I wanted to see more artists on our platform thrive. When I came there, the majority of the artists on the platform that were successful were white men. And then when I left, the majority of the most successful artists were people of color — I think it was 70% people of color were the most successful on the platform.

How were you able to affect that change at Artsy? And what are your plans to bring some of that to Kickstarter?

By seeing them and making people feel seen. They’re out there, they just want to be engaged, they want to feel seen, they want to feel heard. There are so many amazing creators of color from different backgrounds that just don’t feel seen and heard. My biggest thing that I’ll bring from Artsy is to make sure that they feel heard, that they feel engaged, that they feel important. You do that, and you make sure that you’re building with them in mind, whenever you’re doing any marketing campaigns, whenever you’re doing any product innovations. You have all of them in mind. I know it sounds so simple, but it’s really the intentionality that you bring in building a company and making sure that everybody is included, and you have an inclusive mindset when doing so.