Crypto ATMs To Be Installed At Top Hispanic Grocery Chain In 3 U.S. States

Crypto ATMs To Be Installed At Top Hispanic Grocery Chain In 3 U.S. States


Despite the volatility of the cryptocurrency market, digital assets are growing in popularity, leading to the emergence of crypto ATMs where users may purchase and sell their digital assets.

Cardenas Markets, the largest Hispanic supermarket chain in the United States, is slated to have these machines.

Coin Cloud, a provider of Bitcoin ATMs and Digital Currency Machines, has teamed with Cardenas Markets to offer its users the chance to buy and sell Bitcoin, Ethereum, and over 50 other digital currencies using cash.

Cardenas Markets will install Bitcoin ATMs in all of its locations in Arizona, California, and Nevada, according to the release.

Chris McAlary, chief executive officer of Coin Cloud, stated that the first of these devices will be installed in Cardenas Markets’ Las Vegas location for testing and debugging.

Lots Of Crypto In These ATMs

New bitcoin ATMs are proliferating around the United States. According to Coin ATM Radar, the number has increased more than sixfold in the past two years to over 32,000 machines across the country. 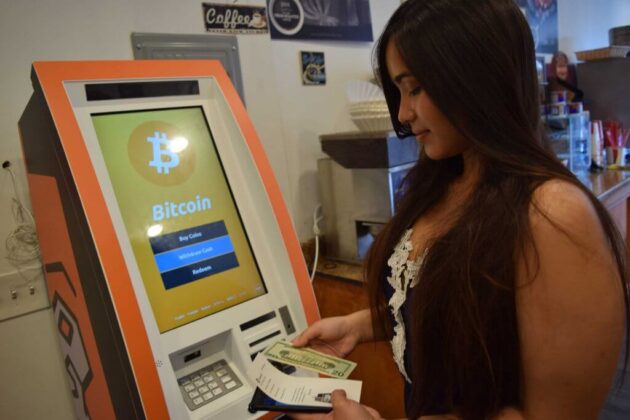 Circle K, the largest convenience store chain in the world, began adding Bitcoin ATMs from Bitcoin Depot at its outlets in 2020. Currently, the company has more than 700 machines across 30 states.

“We are thrilled to offer cryptocurrency capabilities to our customers via Coin Cloud’s network of DCMs… through this unique solution, we continue to deliver on our promise to satisfy the increasing demands of our consumers, particularly in the digital world of today.”

According to a recent study, Hispanic adults in the United States have adopted cryptocurrencies at a higher proportion than the general population. Based on a survey conducted by  Morning Consult, the Hispanic community’s reliance on digital currencies for payments rather than investing is one explanation.

Meanwhile, Bitcoin of America, a U.S.-based crypto ATM operator, has seen a significant development in the number of installations, operating more than 2,500 Bitcoin ATMs as of mid-June, a 38 percent increase from March.

Cardenas Markets CEP, Prabash Coswatte, said, “Through this unique product, we continue to deliver on our promise to address the changing needs of our customers, particularly in today’s digital age.”

Dogeliens Token Will Take Investors To Space As Presale Peaks Interest, Comparing To Eos And Litecoin