THE value of Dogecoin has soared today after Twitter confirmed Elon Musk will buy the social media giant in a deal worth $44billion.

The transaction, which has been approved by the Twitter board of directors, is expected to close in 2022.

“Deeply proud of our teams and inspired by the work that has never been more important.” 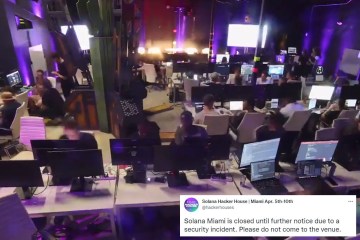 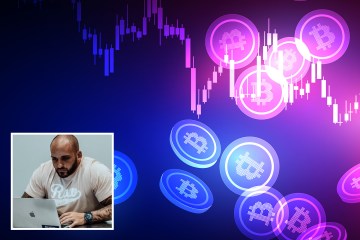 Is Musk a Dogecoin investor?

This is not the first time Musk’s actions have impacted the value.

Musk has shared past investments in Dogecoin, but he also supports the cryptocurrency through his company, Tesla.

In early 2022, Musk promoted Dogecoin by accepting it for payment at Tesla’s supercharging stations.

In early April 2022, Dogecoin rallied after it was announced that Musk would join the Twitter board.

While Dogecoin’s price and the Twitter acquisition are not directly related, analysts are speculating that the crypto community wants Dogecoin to be part of Twitter’s long-term plans.

“The speculation is that advertisers could be able to pay DOGE for ads and for other uses on Twitter,” Kryptomon chief marketing officer Tomer Nuni told CoinDesk.

Dogecoin was launched in 2013 by software engineers Billy Markus and Jackson Palmer.

Originally, the cryptocurrency started as a joke, having the Shiba Inu dog as its logo.

The image became a popular internet meme called doge, featuring the dog surrounded by text in the comic sans font with words like “much wow.”

Aside from the internet traction, Dogecoin has some notable features including its cheap price, unlimited supply, and script algorithm.

But of course, all cryptocurrencies come with risks including Dogecoin.

This is because of the complexity and heavy volatility in the industry.

In other words, you should never invest more than you can afford to lose or into anything you don’t understand.

For more on the relationship between Musk and Dogecoin, The Sun has covered its history.

Plus, we reveal price predictions for the cryptocurrency.

We pay for your stories!

Do you have a story for The US Sun team?