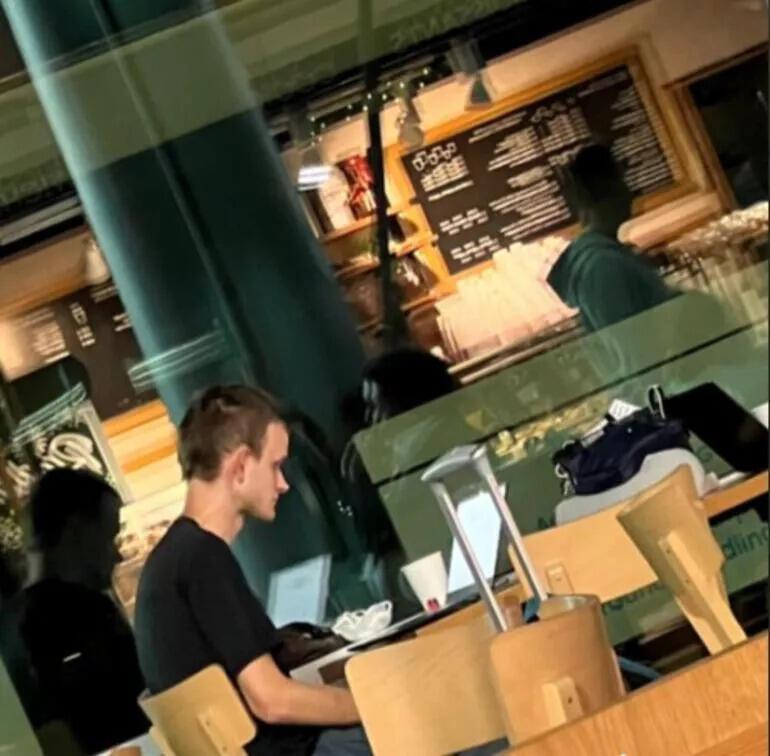 Vitalik Buterin, a Russian-born Canadian programmer and one of the co-founders of cryptocurrency Ethereum, has landed in Istanbul, a Turkish influencer on board the same plane with Buterin announced on April 11.

“Fellas! No Joke! But yes, Vitalik Buterin,” Orkun Işıtmak wrote in a social media post with a photo of him with Buterin at Istanbul Airport.

The influencer did not hint about the flight or when they boarded the plane.

Ethereum is a decentralized, open-source blockchain, second only to Bitcoin in market capitalization. Conceived in 2013 by Buterin, Ethereum is one of the world’s most valuable assets, having $367 billion worth.

Apart from his wealth, Işıtmak pointed out that Buterin flew in the aircraft’s economy class.

“He had five bodyguards near him. It really was tough to convince them for a photo with Buterin,” the influencer noted.

The 28-year old billionaire drew attention with a sports look, wearing a t-shirt, a cap, track pants and sports shoes.

It was unknown if Buterin stayed in Istanbul or flew to another point via transit flight.

According to Işıtmak, the billionaire sat in a cafe inside the airport, opened his laptop and started working after the photo was taken.

Born in Kolomna, Russia, Buterin emigrated to Toronto, Canada, with his family when he was 6 years old. First hearing about Bitcoin from his father when he was 17, he started publishing a print publication named “Bitcoin Magazine” in 2011.

While working on his own cryptocurrency platform, he established Ethereum in 2013 with four other additional founders. On Dec. 19, 2016, Ethereum exceeded 1 million transactions in a single day for the first time.

On Feb. 24, the starting day of the Russian invasion of Ukraine, Buterin wrote a tweet condemning the Russian President Vladimir Putin.

“Very upset by Putin’s decision to abandon the possibility of a peaceful solution to the dispute with Ukraine and go to war instead,” Buterin wrote. “This is a crime against the Ukrainian and Russian people.”

“I want to wish everyone security, although I know that there will be no security. Glory to Ukraine,” he said.