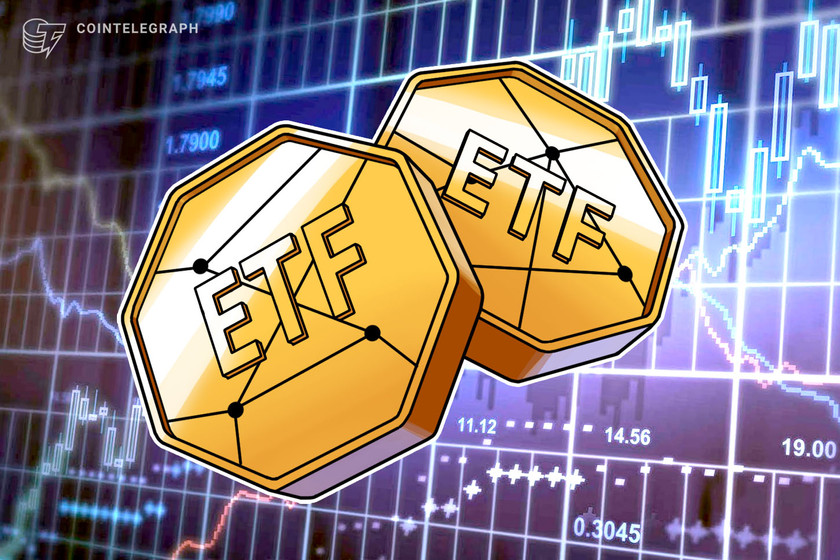 While the United States Securities and Exchange Commission (SEC) has yet to approve a spot Bitcoin exchange-traded fund, a recent Nasdaq survey suggested that the offering could lead to greater adoption of crypto among financial advisers.

According to the results of a Nasdaq survey released on Monday, 72% of 500 financial advisers would be more likely to invest their clients’ assets in cryptocurrency should the SEC approve a spot crypto ETF product in the United States. For those already invested in crypto products, 86% of the financial advisers said they planned to increase allocations within a year — roughly half already have investments in ETFs linked to Bitcoin (BTC) futures.

“The vast majority of advisors we surveyed either plan to begin allocating to crypto or increase their existing allocation to crypto,” said Jake Rapaport, Nasdaq’s head of digital asset index research. “As demand continues to surge, advisors will be looking for an institutional solution to the crypto question that now dominates client conversations.”

New Nasdaq survey of financial advisors (who control $26T in assets) finds 72% of them would be more likely to invest in crypto if a spot ETF were available. Also of advisors curr investing in crypto, 86% plan to increase investment and their ideal allocation is 6% of port. pic.twitter.com/3r2mxbGny9

To date, the SEC has not offered any indication it plans to approve a spot BTC ETF anytime soon. The regulatory body has rejected several proposed rule changes on exchanges from the New York Digital Investment Group, Global X, ARK 21Shares and others that would allow firms to list and trade shares of a Bitcoin exchange-traded fund. In each rejection, the SEC stated the exchanges had not met the burden under the Exchange Act and Rules of Practice of showing the ETF would be “designed to prevent fraudulent and manipulative acts and practices” and “protect investors and the public interest.”

Grayscale, one of the next asset managers likely to hear a decision from the regulatory body on its spot Bitcoin ETF, launched a campaign in February aimed at encouraging U.S. investors to submit comments to the SEC. The regulator is expected to reach a decision on Grayscale converting its Bitcoin Trust into a spot BTC ETF for listing on NYSE Arca by July, with the public having submitted hundreds of comments as of April 4.

“Investors deserve a choice of a spot BTC ETF and Grayscale conversion would be the most effective and efficient at doing so,” said Maryland resident Lance Lewis.

Bloomberg analysts Eric Balchunas and James Seyffart suggested in March that the SEC could approve a spot Bitcoin ETF in mid-2023 based on a proposed amendment to change the definition of “exchange” within the regulatory body’s rules. However, Nasdaq’s survey of financial advisers found that only 38% thought it was likely the SEC would approve a spot crypto ETF sometime in 2022, with 31% saying it was unlikely.

Despite the uncertainty around a spot Bitcoin ETF, the SEC has given the green light to investment vehicles linked to BTC futures, including offerings from Teucrium, ProShares, VanEck and Valkyrie. Grayscale CEO Michael Sonnenshein has suggested that the regulatory body approving Teucrium’s BTC futures ETF under the Securities Act of 1933 as opposed to the one passed in 1940 supports the idea that “not all Bitcoin futures ETFs are created equal”: