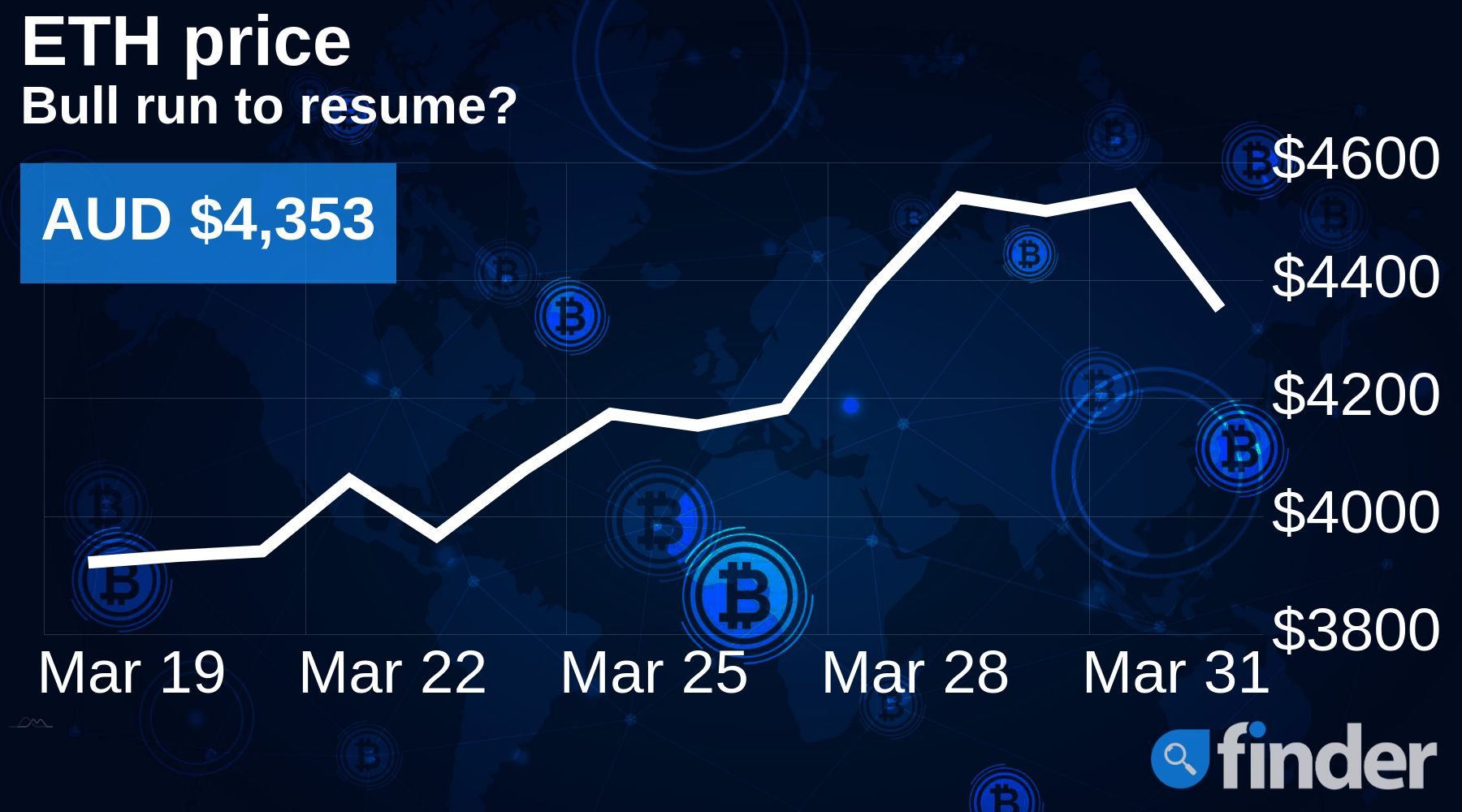 Ethereum, the world’s second largest cryptocurrency by total market capitalization, has had to face bearish pressure recently, with the altcoin dipping from a relative high of AU 4,600 to AU $4,300 within a matter of hours. As a result, its monthly profit ratio has dipped to around 9% with a single ETH token currently trading at a price point of AU $4,352.

While some analysts have been claiming that Ethereum could be on its way to the AU $5,000 (US $3,800) threshold, analytical and derivatives data associated with the coin seems to suggest otherwise. For example, the total value locked (TVL) within the network is currently down by a whopping 20% since late-January. Additionally, the asset’s transaction fee has continued to hover around the US $15 range, after having dipped as low as US $8 earlier last month.

Additionally, ETH’s daily active address count seems to be on the decline, with the metric currently standing at 593,260, an increase of 2% from 30 days ago but still substantially lower than its May 2021 levels, a time when this figure stood at a whopping 857,520.

Lastly, Ethereum-based Dapps have seen their usage ratio dip by 11% while rival ecosystems such as Polygon and Solana have seen this figure increase by 12% and 6% respectively.

How to buy Ethereum

Popular sporting blockchain network Chilliz recently revealed the launch of its highly anticipated Scoville testnet in relation to its layer-1 blockchain network Chiliz Chain 2.0 (also referred to as CC2). To elaborate, CC2 is designed to enhance the Web3 possibilities of high-profile sporting and entertainment firms in relation to niches such as NFTs, DeFi, P2E, etc.

Price wise, Chilliz’s native crypto token offering CHZ is currently ranked 66th in terms of total market cap, with the price of the currency at US $0.284 at present. The asset scaled up to its all time high of approx. US $0.9 a little over 12 months ago and has continued to showcase little gains since.

The last 24 hours have seen many prominent altcoins accrue double digit profits, with SKALE Network (SKL), IOST and Celer Network (CELR) being on the receiving end of surges of 100%, 32% and 20% respectively. While SKL’s profits seem to be emanating in anticipation of the launch of SKALE v2, IOST’s uptrend is stemming from the protocol’s recent compatibility announcement with the Ethereum Virtual Machine (EVM), allowing users to migrate between the two networks with ease.

Lastly, CELR upward move comes after it came to light that the network has been chosen to become the ‘official interoperability layer’ of BSC’s Application Sidechain (BAS) that currently runs atop the BNB Smart Chain (BSC).

This week, Circle, the company behind USD pegged stablecoin USDC announced that it will be onboarding the services of BNY Mellon, the oldest bank in America with over US $46.7 trillion in AUM. By forging this partnership, BNY Mellon is also looking to make use of USDC for its internal/external cash payments and settlements.

Interested in cryptocurrency? Learn more about the basics with our beginner’s guide to Bitcoin, dive deeper by learning about Ethereum and see what blockchain can do with our simple guide to DeFi.

Disclosure: The author owns a range of cryptocurrencies at the time of writing

Disclaimer:
This information should not be interpreted as an endorsement of cryptocurrency or any specific provider,
service or offering. It is not a recommendation to trade. Cryptocurrencies are speculative, complex and
involve significant risks – they are highly volatile and sensitive to secondary activity. Performance
is unpredictable and past performance is no guarantee of future performance. Consider your own
circumstances, and obtain your own advice, before relying on this information. You should also verify
the nature of any product or service (including its legal status and relevant regulatory requirements)
and consult the relevant Regulators’ websites before making any decision. Finder, or the author, may
have holdings in the cryptocurrencies discussed.