The world’s most valuable cryptocurrency, Bitcoin ( BTC 0.98% ), has followed the weakening trend of the overall market for digital assets in recent months. Since hitting an all-time high of nearly $69,000 on Nov. 10, it has fallen roughly 36% (as of March 25). Bitcoin’s price per coin is now just over $44,000, as investors are increasingly moving away from riskier assets.

With the recent pessimism around it, now might be a great time to buy Bitcoin. 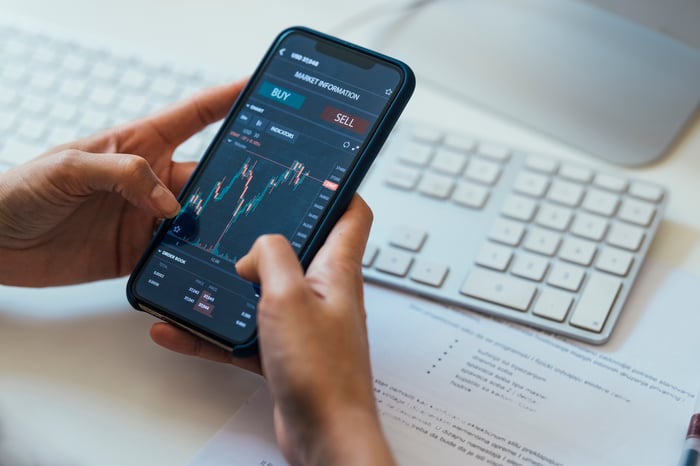 A difficult time for cryptocurrencies

Soaring inflation over the past few months has resulted in the Federal Reserve hiking interest rates, with more planned throughout the remainder of the year. While it’s a sign that the U.S. economy is booming, investors unsurprisingly view these developments as the beginning of the end of an easy-money policy that’s usually supportive of higher asset prices. And this means shifting portfolios away from high-flying stocks and cryptocurrencies.

But over the past couple of weeks, Bitcoin’s price has been steadily trending upward. It’s well known that cryptocurrencies are extremely volatile. However, if you look at the young history of the asset class, it has always managed to bounce back from weak periods to reach new highs. I think this will ultimately be the case with Bitcoin.

Add Bitcoin to a well-diversified portfolio

I believe it makes sense to have some cryptocurrency exposure (no more than 5%) in a well-diversified and long-term-focused portfolio. Bitcoin, having launched in 2009, is the most established digital asset out there. And because of this, it has a ton of financial infrastructure supporting it and helping it become mainstream.

Investors can easily buy Bitcoin through a number of different brokerages, like Block, Coinbase, or Robinhood. These companies are working to reduce the friction for people to get into the cryptocurrency world.

There are two primary arguments for why Bitcoin’s price should go higher over time. The most popular bull case is that Bitcoin could become the digital equivalent of gold as a legitimate store of value. Based on the total market value of Bitcoin (as of March 25) of $843 billion, it would need to rise almost 1,100% to be on par with all the gold in the world, which today is worth $10 trillion.

Bitcoin also has the potential for real-use cases, particularly in less developed countries. For example, remittances carry hefty fees and slow processing times. Bitcoin is a natural solution for people to send money back to their home countries with minimal costs and instant settlement. A situation like this would drive higher demand for Bitcoin, and that ultimately means price appreciation.

It’s also important to understand the biggest bear argument for Bitcoin (and cryptocurrencies more generally), which has to do with regulation. Last year, China made it illegal to use or mine cryptocurrencies, and there is worry that other major economies could adopt a similar stance. Here in the U.S., the Biden administration just signed an executive order asking various governmental agencies to study the risks and opportunities of digital assets. I view this as a positive development. Therefore, I don’t think the U.S. will ban cryptocurrencies, as it wants to remain a global leader when it comes to innovative technologies.

Bitcoin’s current price (as of March 25) is about one-third lower than it was less than five months ago, making right now an opportune time to buy the dip.