3 Cryptos That Could Beat Bitcoin

3 Cryptos That Could Beat Bitcoin


Cryptocurrency prices have been on a downhill slide lately, largely because investors are less willing to take on higher levels of risk right now. Global issues, such as the conflict in Ukraine and soaring inflation, have also exacerbated the issue, with continued volatility over the past few weeks.

However, that also means that right now is an affordable time to buy. Choosing the right investment will be critical, though. While Bitcoin ( BTC 0.74% ) may be the most popular cryptocurrency at the moment, it has its flaws — and there are three competitors that could potentially overpower it in the future. 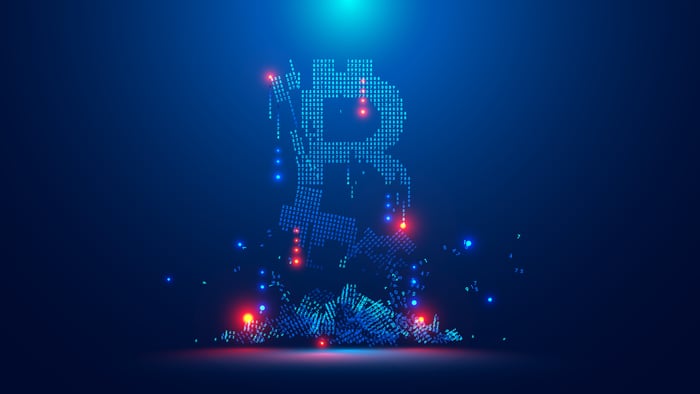 Ethereum ( ETH 0.99% ) is Bitcoin’s largest competitor and the second most popular crypto. It’s also the biggest platform for decentralized applications (dApps), which include everything from decentralized finance (DeFi) projects to non-fungible token (NFT) marketplaces and more.

Liqwid’s Mainnet Should Arrive This Week

Because Ethereum is a programmable blockchain, it has tremendous potential for growth. It’s already the biggest player in the DeFi and NFT spaces, and the more dApps that are developed on the network, the more that margin could grow.

Ethereum could also play a major role in the metaverse. Blockchain technology and, specifically, NFTs will be a significant component within the metaverse, and since Ethereum is such a strong competitor in this space, it could see even more growth if the metaverse takes off.

Bitcoin, on the other hand, is primarily used as a form of payment rather than a programmable blockchain. This could put it at a disadvantage if cryptocurrency doesn’t succeed as a form of exchange, because it could struggle to keep up without dApps.

Solana ( SOL 1.05% ) was one of the breakout stars of last year, soaring by more than 11,000% over the course of 2021. While its price is down significantly from its peak in November, it still has plenty of potential.

Solana is designed to compete with Ethereum, as it’s also programmable and has the ability to host dApps on its blockchain. However, it’s also significantly faster than Ethereum, boasting speeds of up to 65,000 transactions per second (TPS), compared to Ethereum’s 14 TPS. That speed also results in lower transaction fees, a particularly strong advantage over Ethereum.

Although Ethereum is currently undergoing an update that will make it faster, that likely won’t be completed until sometime next year. That’s a lot of time for Solana to gain traction, especially if Ethereum’s update is delayed or experiences issues during the rollout. If Solana is able to keep up with Ethereum, that will give it a real chance at competing with Bitcoin as well.

Cardano ( ADA -1.94% ) is often overshadowed by its larger competitors, but it has a unique set of advantages. Like Ethereum and Solana, it’s a smart contract platform. Unlike the other two cryptocurrencies, though, Cardano takes a more methodical approach to its growth.

Rather than haphazardly updating to solve problems along the way, Cardano has a five-stage roadmap with a peer review system to ensure all its updates are as smooth as possible. Each update has to be approved before it can be rolled out, which should mean fewer glitches and outages.

In addition, Cardano’s speed could give it an edge over both Ethereum and Solana. Currently, it can process around 250 TPS. After its upcoming Hydra update, though, it could be able to handle up to 1 million TPS.

Which option is right for you?

Bitcoin is still the most popular cryptocurrency, making up roughly 40% of the crypto market as a whole. However, Bitcoin being primarily a payment coin and not a programmable blockchain could hold it back, especially as more competitors flood the market.

Before you invest anywhere, consider your tolerance for risk. Even the strongest cryptocurrencies aren’t guaranteed to thrive over time. So, in case things go south, only invest money you’re comfortable losing. If you’re prepared to take on higher levels of risk, these three cryptocurrencies could pay off down the road.