From the basics to the future, FutureU is providing Blockchain and Ethereum programming education delivered by industry experts.

The future is in motion, with Web3 now dominating the airwaves. One thing that is clear is that the leaders of tomorrow need to be conversant with these technological changes. FutureU is on a mission to educate people about blockchain programming so that they can seamlessly fit into the new age of the internet.

According to Blockchain Education Evangelist of FutureU, Renjit Philip, “A brave new world of Web3 is being created on the internet. The leaders of tomorrow need to be proficient in Web3.” The course offered by FutureU is open to all who wish to delve into Ethereum programming and blockchain education to understand decentralized application development and the new world of Web3. “We at FutureU want to enable our learners to play a part in shaping the future of the Internet and at the same time create careers, new startups, and overall bright new opportunities for themselves and the world. We are the only edtech company in the Middle East that is focused solely on teaching blockchain technologies” 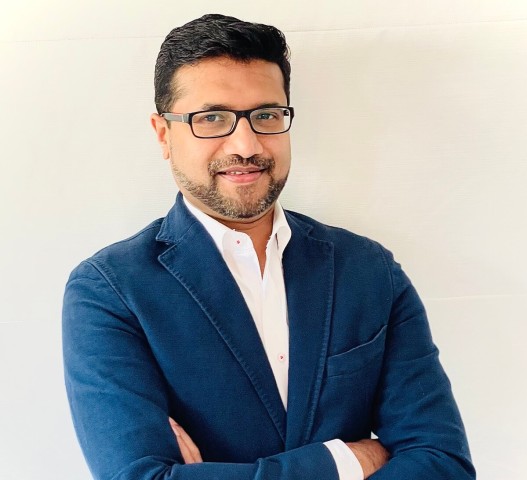 Even before the full-scale adoption of Web 3.0, the stark differences with Web 2.0 are apparent, and blockchain technologies play a significant role in this. This decentralized technology is revolutionizing the Internet and the world, offering creators, developers, and users unparalleled value in the years to come. FutureU provides courses that help people understand the concept of decentralized apps (DApps), solidity smart contract programming language, Smart Contracts, Ethereum networks, and more.

“We bring high-quality blockchain education to our learners delivered by industry experts and practitioners.” FutureU courses are conducted online and live to allow learners a direct line to the experts. Pricing is affordable and accessible for learners, including free classes to students who cannot afford the full price. “We also want to support and nurture local talent in the UAE and the wider Middle East by giving learners access at an affordable price.”

More people must have at least an introductory understanding of the future of the internet. FutureU takes learners on a journey, from the basics to in-depth knowledge of blockchain technologies. To make learning easy to grasp, FutureU focuses on breaking down the complexities of the Web 3.0 space. FutureU will also collaborate with premier institutes to give learners certificates to verify the learner’s skillset. “We have started by focusing on courses for the Ethereum blockchain since it has the largest ecosystem of blockchain projects, developers and it is built on technologies that will sustain it for decades to come.”