Top 10 long-term cryptocurrencies to invest in 2022

Top 10 long-term cryptocurrencies to invest in 2022 Over the past couple of years, the world of cryptocurrencies has managed to make a separate fanbase, and honestly, it has been more than successful in luring in potential investors from all across the globe and has had a surge in its overall growth and popularity recently, that too at a rate that was never really anticipated, thus helping it to reach greater heights! Not just that, the crypto world has been able to mark its presence worldwide and has gained the trust and support from many along the way.

Having said that, I believe, a majority of you are already familiar with the basics of the industry but, if for some reason that is still not the case, let me help you with that first.

The crypto world is nothing but a decentralized platform that uses blockchain technology for all of its operations. Speaking of blockchain technology, for some of you wondering what it is, blockchain is simply a commonly known technology, especially in the world of cryptocurrencies, and is responsible for verifying and recording all the transactions that happen over the network and eliminating any and all risk in respect to counterfeiting as well as double-spending for that matter.

Being decentralized, the industry becomes more than capable of stepping outside the overall control jurisdiction of central authorities and can work freely without any unnecessary government interference as well.

In addition to this, unlike when the industry was first introduced, there are pools of currencies available today in the marketplace to choose from with newer ones coming in with each passing day and tons of new investors joining in every hour.

Speaking of a lot of currencies available today in the marketplace, some of the most popular ones worth investing in include Bitcoin, PnacakeSwap, Binance Coin, Cardano, Polkadot, Ethereum, Dogecoin, Baby Doge as well as EverGrow Coin to name just a few of course.

Seeing how far the industry has managed to come since its initial days and the fan base it has created, one thing that comes to mind is how did this happen so rapidly? If so, let me tell you that, some of the major contributing factors for this extraordinary success of the industry include its negligible response time, portability, real-time updates, the convenience it offers, ease of use as well as its highly intuitive nature of the course.

Being volatile, it is important for you to be aware of the fact that, it is not always possible to predict the price changes and act accordingly as the price fluctuations in the crypto marketplace are almost immediate, thus leaving no time to plan. Therefore, whenever dealing in online currencies, keep in mind that, if the industry is providing you with an opportunity to earn huge profits and make quick money, if not done right, you could also end up having significantly huge losses as well.

Now that you have a brief backstory about the crypto world, you will be able to have a much better understanding of what we have with us today, Top 10 long-term cryptocurrencies to invest in 2022. To know more, I suggest you read further!

Top 10 cryptocurrencies to invest in 2022 Virtual currencies like Ethereum and Bitcoin are becoming more and more competitive with each passing day and crypto investors from all across the globe are always on the lookout for the best cryptocurrencies with the potential to be able to drive profit into crypto wallets efficiently.

Not just that, with the Russia-Ukrain war crisis, cryptocurrencies worldwide were trading in the red but, as of March this year, all the major virtual currencies are in the green today, resulting in the global cryptocurrency marketplace hitting nearly 2 trillion US dollars again.

As talked about previously, crypto has managed to become the first investment choice for several young investors, and the chosen currencies for long-term investments are generally the ones with high trading volume, high investment rate as well as the liquidity of course. This article will help you clarify all your doubts with respect to crypto investments in 2022. let’s start, shall we!? 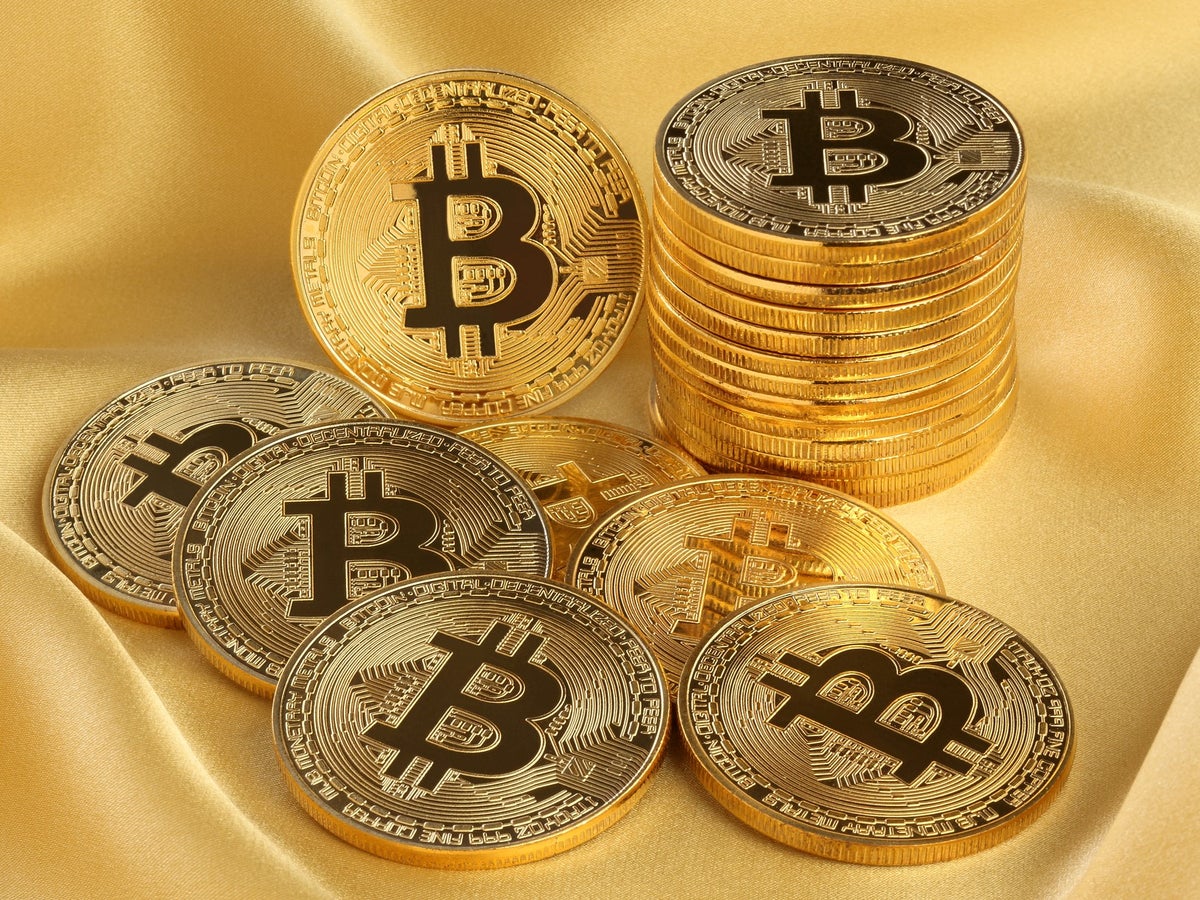 Created by Satoshi Nakamoto, Bitcoin is known to be the largest and the most popular cryptocurrency all across the globe. Just like in the case of several other virtual currencies, Bitcoin too is said to run on a blockchain, which is nothing but a network of thousands of computer devices that are responsible for verifying transactions in real-time and that too without the interference of any middlemen.

Being the king of the crypto world, Bitcoin is also said to be accepted by several businesses and merchants all over the world, thus making it a smart investment for investors as of 2022.

The Ethereum blockchain is nothing but an open-source public blockchain, that has been focused on enabling the end-user to run custom codes with its smart contract feature. In other words, Ethereum is an open-source blockchain platform that is known to offer decentralized app developers a way to host and construct Dapps that incorporate smart contracts. Being the second-largest cryptocurrency in the world, Ethereum has an enormous potential within the realms of NFTs and DeFi.

Having said that, Ethereum is placed at #2 rank as per the CoinMarketCap rankings, with a current price of about 2,929.96 US dollars and a current market cap of nearly 351,697,263,283 US dollars. Not just that, the overall circulating supply of the token is 120,034,948 ETH coins but unfortunately, the maximum lifetime supply of the token was not yet available. 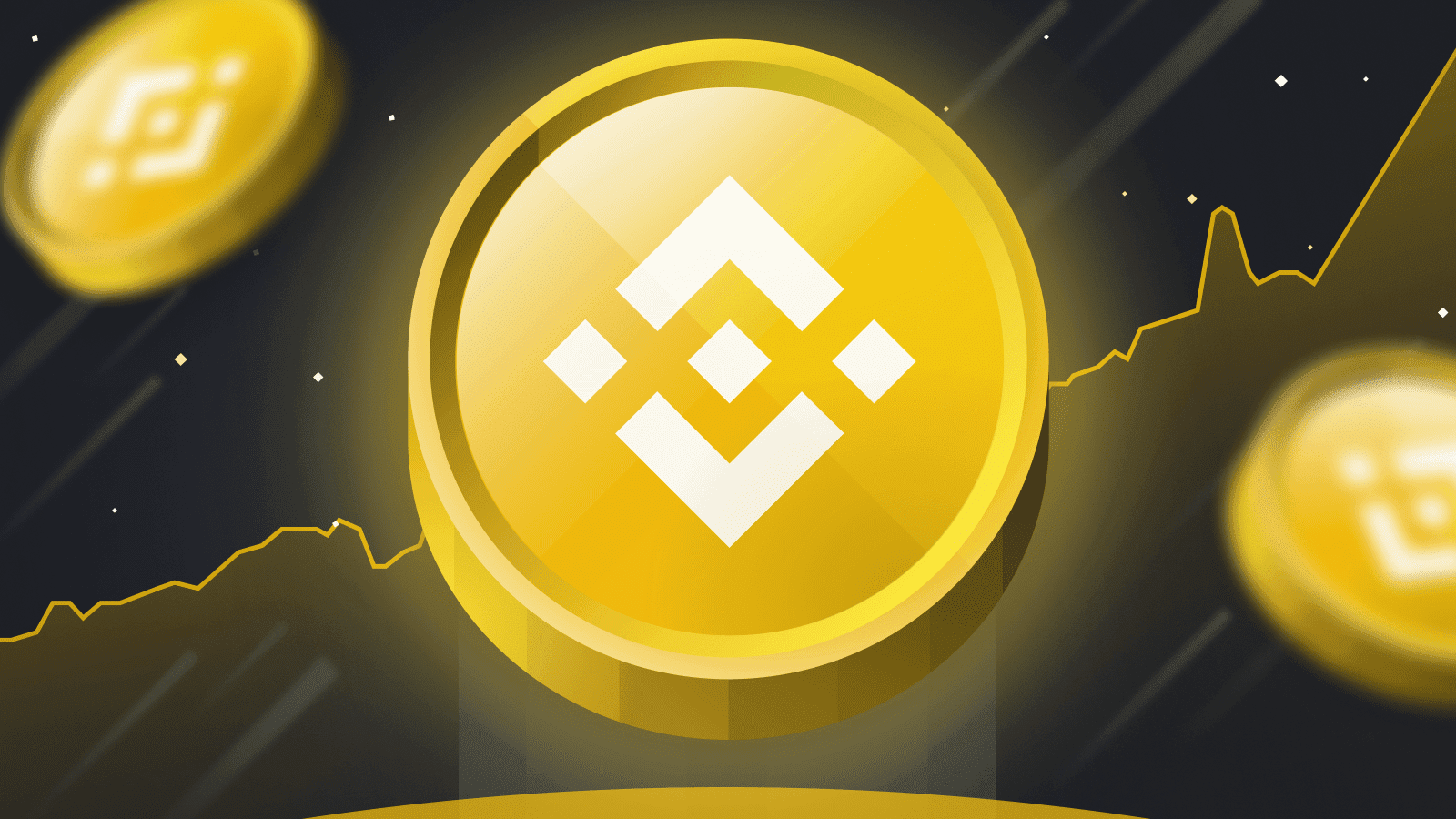 Binance Coin is nothing but simply a product of the Binance Exchange and is said to be one of the biggest cryptocurrency exchanges all across the globe, in terms of trading volume of course.

Binance is known to support more than a hundred cryptocurrencies to trade and its BNB coin is used to perform several operations over the Binance Exchange, such as withdrawal fees, exchange fees as well as listing fees. Also, users who hold BNB can get a massive reduction in trading fees while also benefitting from price increases. 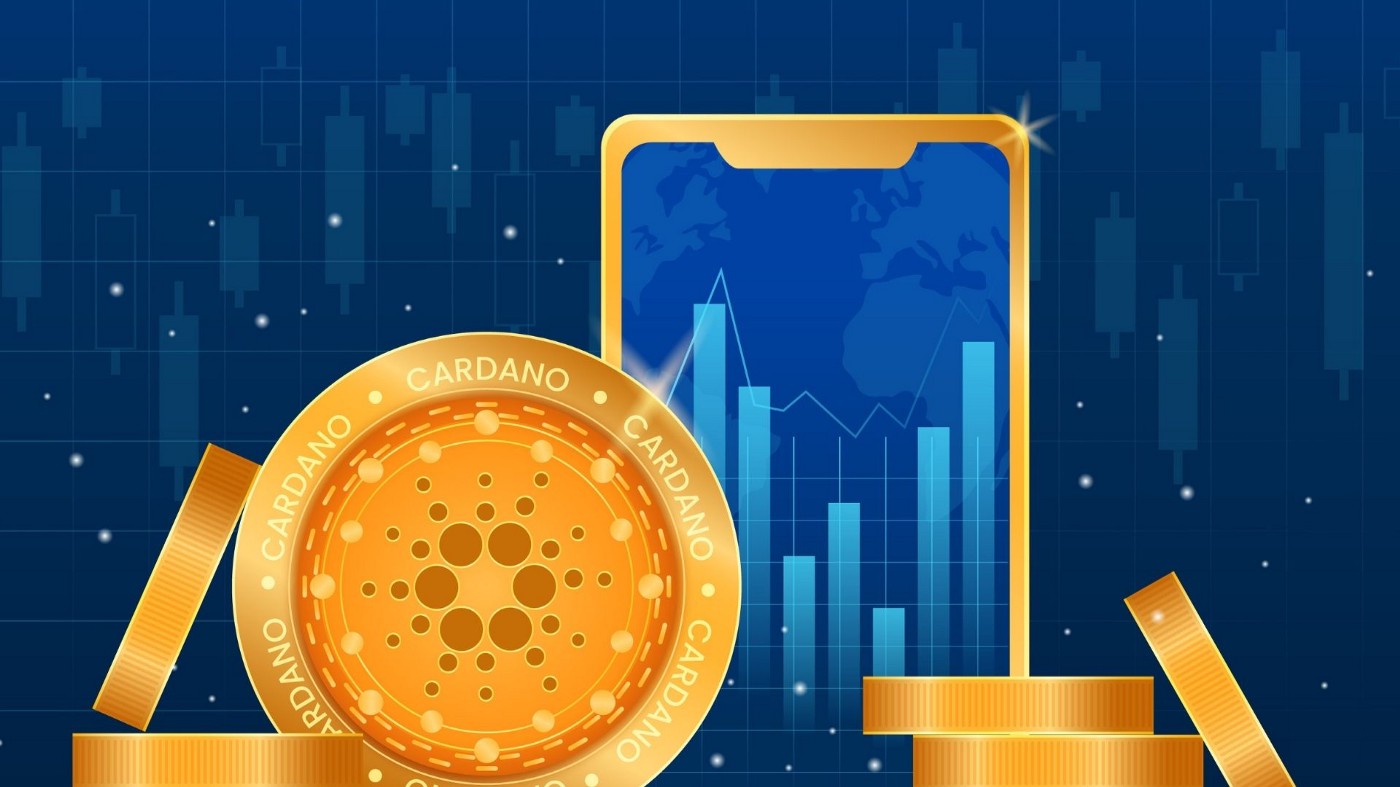 The Cardano network is known to have a relatively smaller footprint, which might be appealing to investors for a number of reasons like the fact that, it takes far less energy to complete a transaction on Cardano as and when compared to a larger network like Bitcoin.

The said platform also claims to be significantly more secure and adaptable than many others in the marketplace, which consistently improves its development to stay ahead of hackers. Lastly, it is the first large virtual currency that is based on the proof-of-stake model, thus allowing owners to stake coins and create their own validator nodes. LuckyBlock is also a great overall long-term investment for 2022 as per market reports and the said project is known to be building a desktop software and a mobile application interface that will allow users from all across the globe to play lottery-based games with lucrative jackpot prices. Also, the LuckyBlock or  LBLOCK token was only launched just recently on January 26th, 2022, thus allowing you to gain exposure while it is still young. 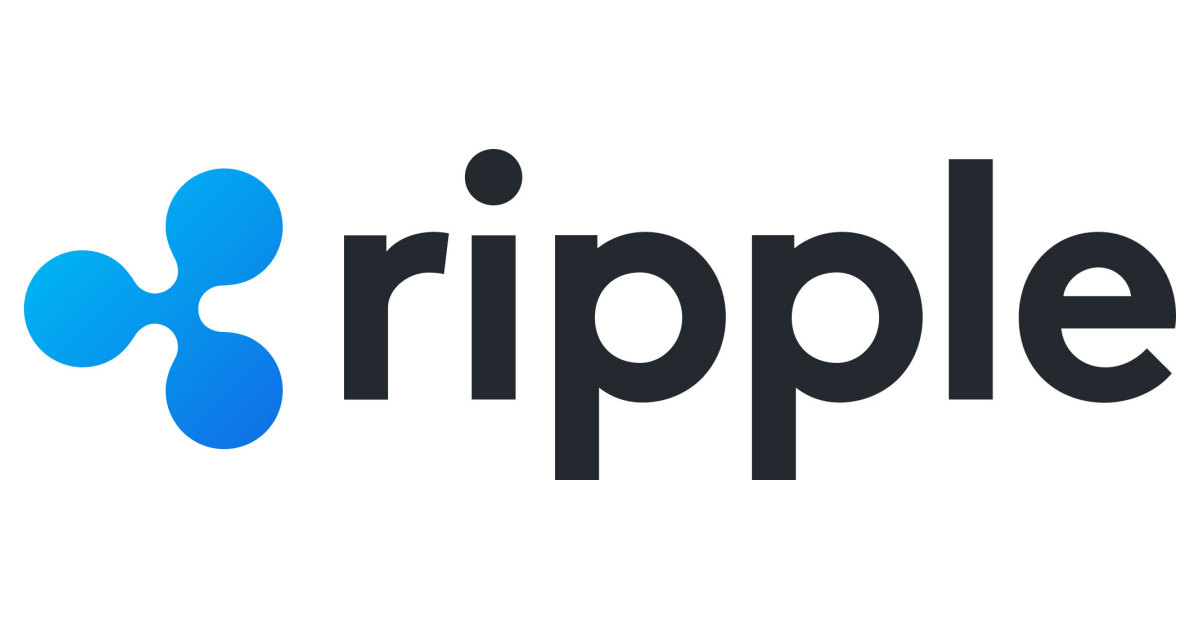 Ripple or as commonly referred to as XRP is nothing but a platform that specializes in cross-border payments for financial institutions and banks. Facilitated via popular blockchain technology, Ripple and XRP transactions are known to not take more than five seconds to process which is extremely fast.

Also, whichever fiat currency is being transacted, XRP transactions are said to typically cost a small fraction of one cent, thus making it highly cost-effective and efficient. Lastly, more than 200 banks worldwide are either tested or making use of the Ripple Network to transact. 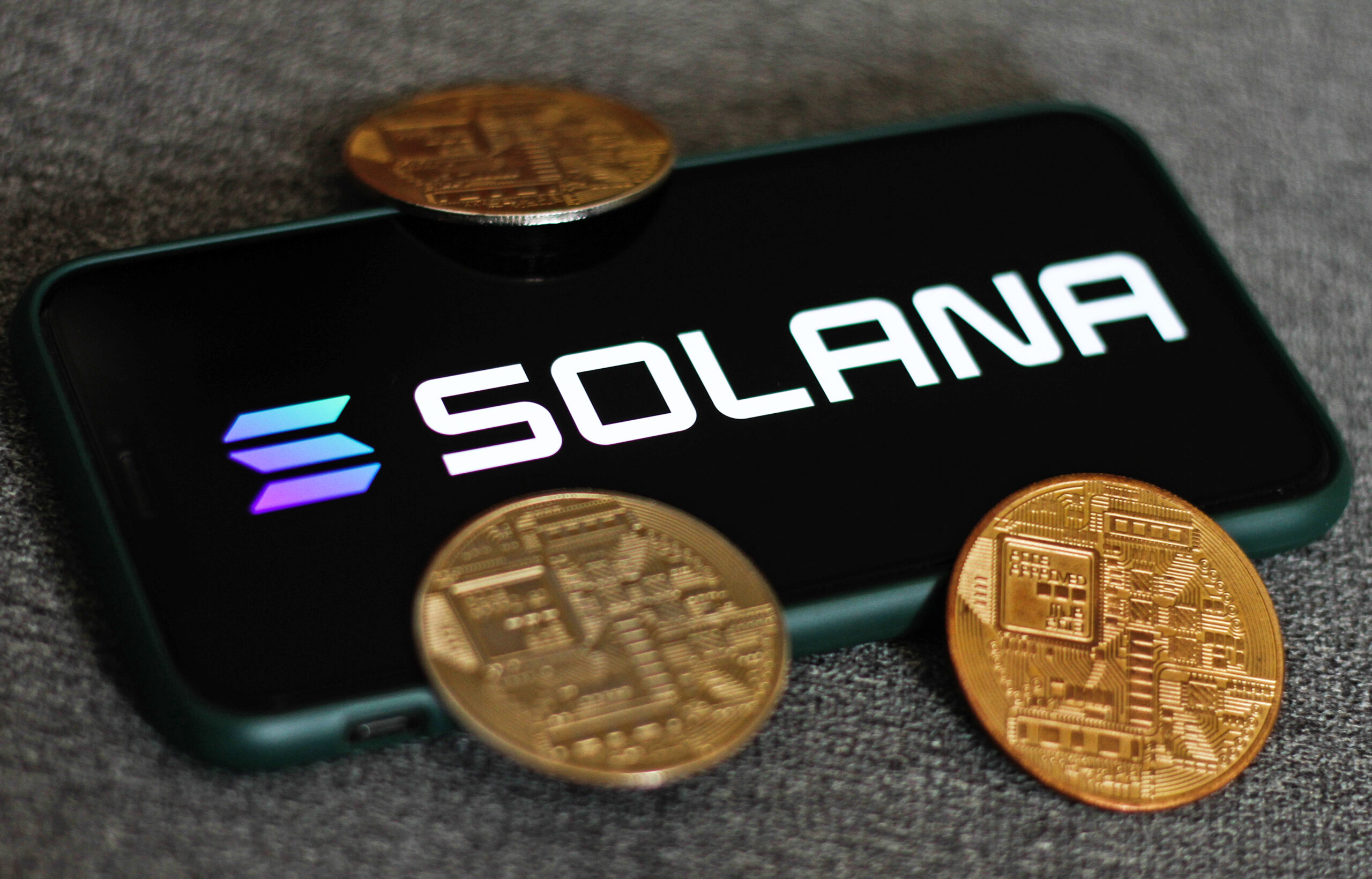 The next project to consider from our list of the best long-term crypto investments for 2022 is the popularly known cryptocurrency, Solana, or as often described as an Ethereum Killer. Solana is considered to be the home to a decentralized blockchain that is known to permit the deployment of smart contract agreements. As a result, Solana is said to perform significantly better than its Ethereum counterpart. 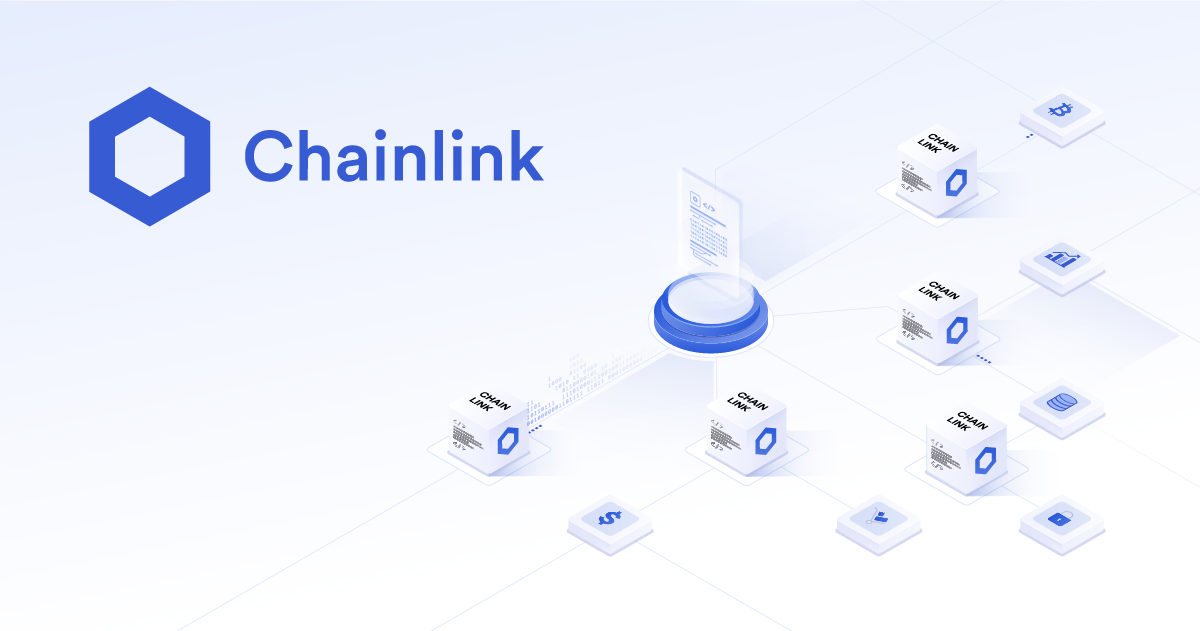 Among the best cryptocurrencies to invest in last year was Chainlink. Even today the project is valid and arouses the interest of retail and institutional investors alike. Chainlink is a platform that is said to make use of a decentralized oracle network in order to facilitate secure interactions amongst blockchains and various external data feeds, payment methods, and events that the developers hope will allow smart contracts to easily become dominant for virtual payments. 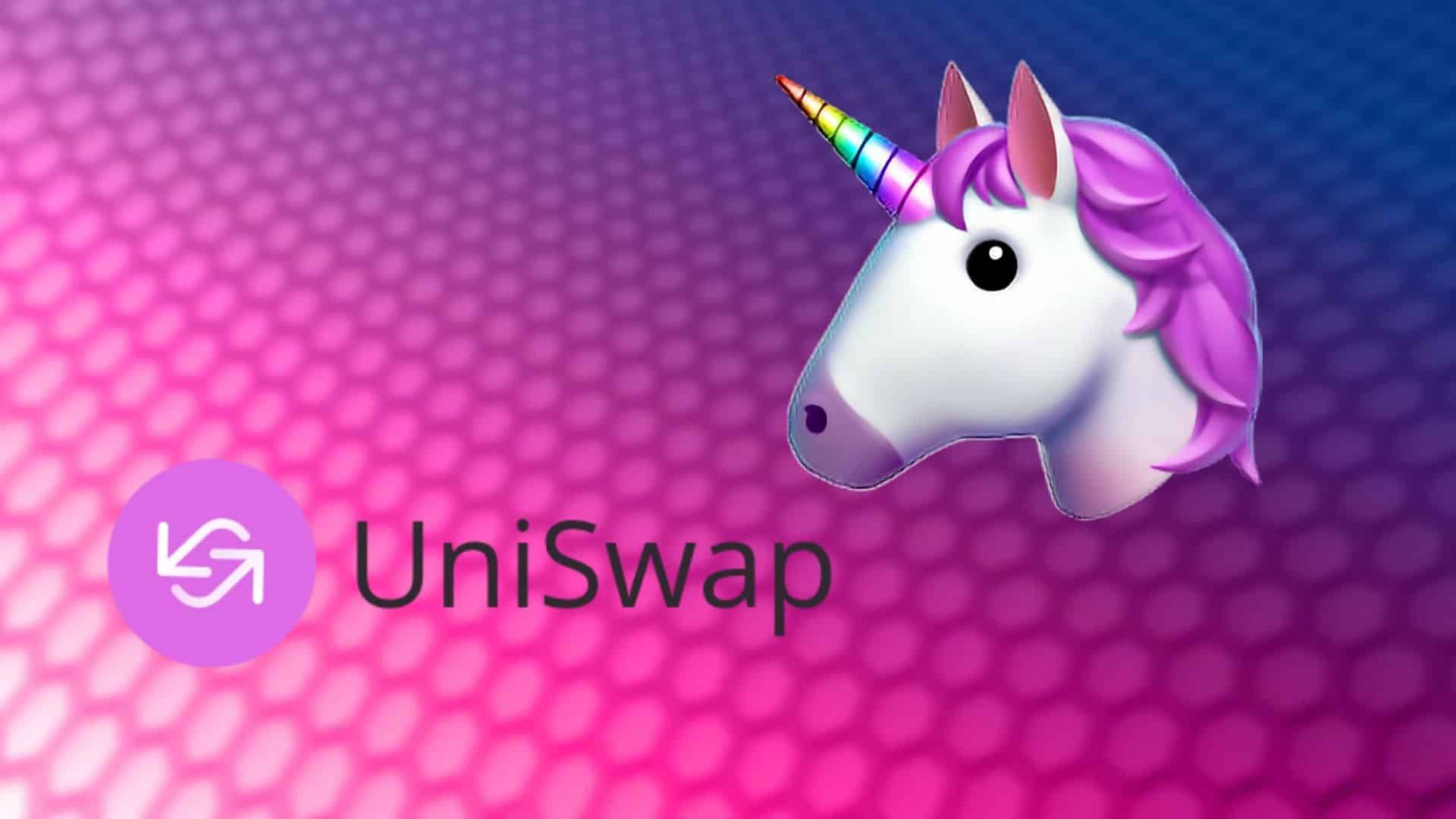 Built on top of the Ethereum blockchain, Uniswap is the home to a decentralized exchange (DEX). Although Uniswap is not the only DEX in the marketplace, it surely is one of the most popular in terms of daily trading volume and the number of customers it caters to.

Also, Uniswap is known to be the leading token on the popular Ethereum blockchain. Uniswap is essentially said to be the Coinbase of blockchain projects and you can trade directly from your Ethereum wallet after connecting it to Uniswap’s website of course. 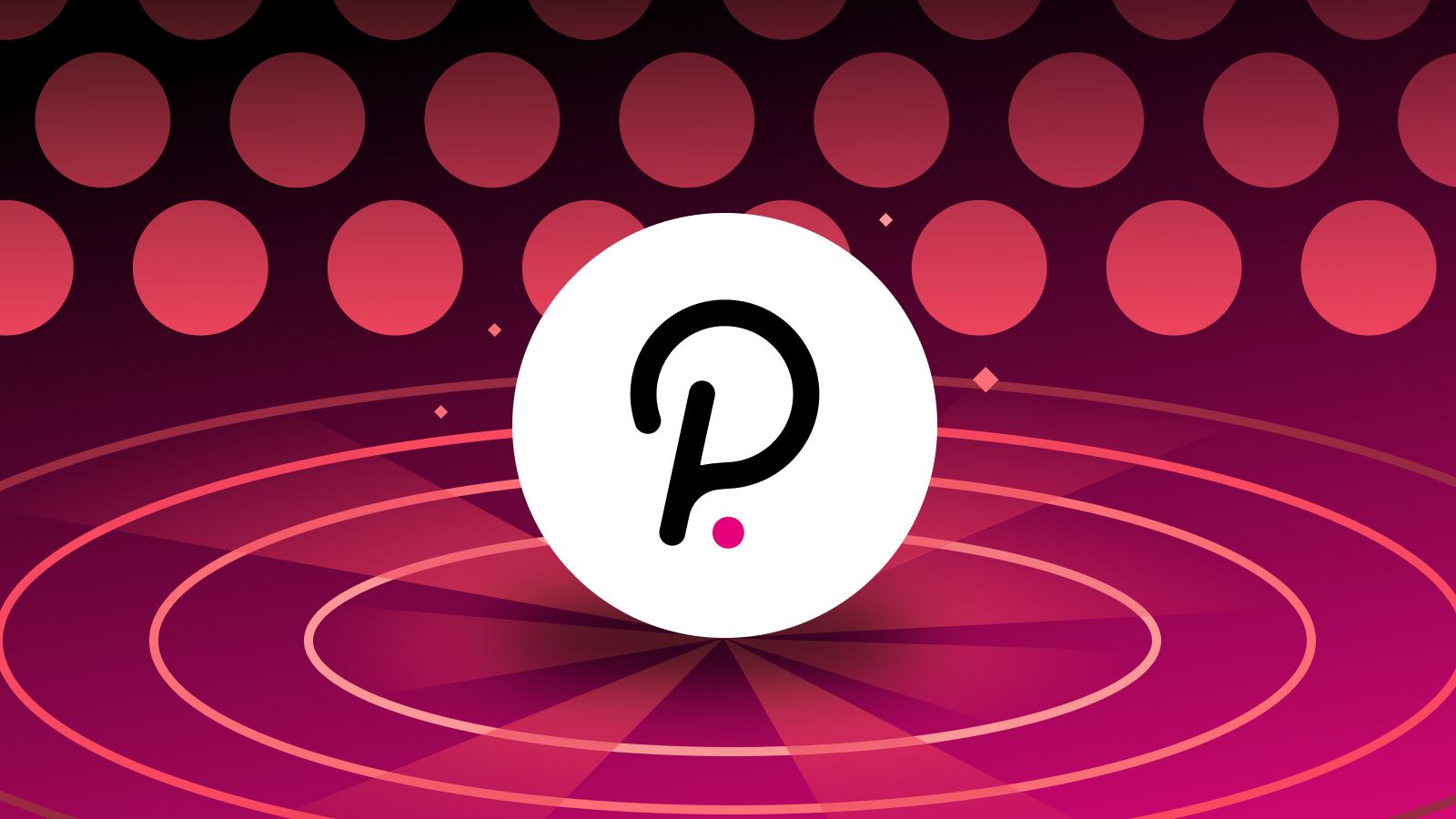 Polkadot is said to be one of the most popular cryptocurrencies in the marketplace with higher speeds and lower fees as and when compared to what others offer in the crypto world, thus making it the first choice for potential investors. Also, Polkadot can easily be termed as the best of the rest when it comes to scalability.

Having said that, Polkadot is placed at #11 rank as per the CoinMarketCap rankings, with a current price of about 18.91 US dollars and a current market cap of nearly 18,675,040,143 US dollars. Not just that, the overall circulating supply of the token  is 987,579,315 DOT coins, but unfortunately, the maximum lifetime supply of the token is not yet available.

Reading so far, I hope you must have gotten a fair insight into the Top 10 long-term cryptocurrencies to invest in 2022 and I believe, now you’ll be able to decide on your own as to which of these platforms you would like to choose in order to deal your way into the crypto world!

As mentioned at the very beginning, crypto is a highly volatile marketplace and is extremely uncertain. Thus, you need to understand the fact that all cryptocurrencies have their own risks as well and you should invest only if you are willing to take those risks and bear any losses if at all necessary.

In conclusion, what are your thoughts on the Top 10 long-term cryptocurrencies to invest in 2022? Do let us know in the comments area below. To know more about various cryptocurrencies, do check out other articles we have on our website. Thank you for your time & if you found our content informative, do share it with your investor friends!

Can Cryptocurrencies Bring About Positive Change In The World? With Big Eyes Coin and Cardarno