You might call it a meme dream team. Last year, AMC Entertainment ( AMC -5.17% ) revealed that it was moving toward supporting Dogecoin ( DOGE -1.85% ) and Shiba Inu ( SHIB -2.68% ) as payment options at its movie theaters. The news understandably fired up fans of both meme coins.

On Feb. 28, 2022, AMC Entertainment CEO Adam Aron tweeted that the company expected to begin accepting Dogecoin and Shiba Inu on its website by March 19. AMC actually beat that timeline, with Aron tweeting on March 10 that it’s now accepting both altcoins as online payments.

How did Dogecoin and Shiba Inu investors react? There was a big collective yawn. 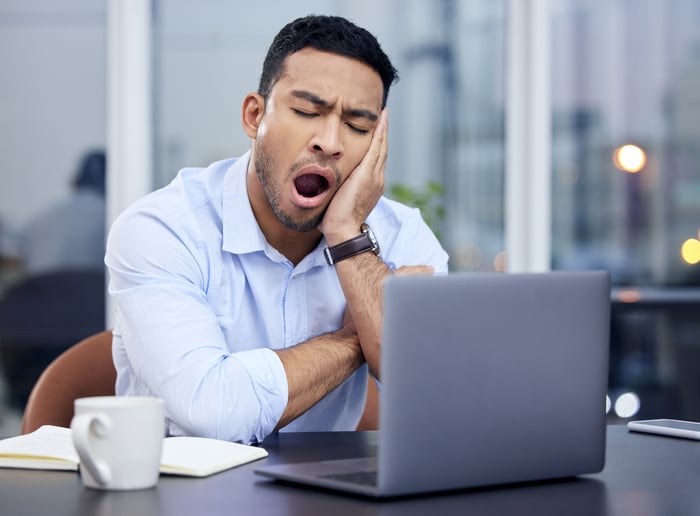 AMC’s Aron seemed to expect a lot of excitement. His tweet on Feb. 28 stated, “This might rev up the Cryptocurrency fans among you.” Likewise, Aron’s tweet last week said, “Your replies just might break the internet, given your clear enthusiasm and interest in cryptocurrency.”

But there’s wasn’t any revving up for investors. Neither Dogecoin nor Shiba Inu jumped after Aron’s announcement last week. Actually, both digital tokens finished the day down a little. And both are lower now than they were then.

Sure, Dogecoin and Shiba Inu fans cheered the news. Aron’s tweet last week received 14,200 likes and close to 4,600 retweets. However, any excitement that existed didn’t translate into increased prices for either token.

Behind the blah reaction

Why did crypto investors yawn at AMC’s early adoption of Dogecoin and Shiba Inu? There were three primary factors at play.

First, the news was already priced into both cryptocurrencies. Investors did get excited last year when AMC first began talking about allowing Dogecoin and Shiba Inu to be used as payments. Both digital tokens also jumped on Feb. 28 when Aron confirmed that acceptance of the two altcoins was imminent. He even hinted that the timing could be “a few days earlier” than the dates he provided.

Second, there are more important dynamics that impact the prices of Dogecoin and Shiba Inu. In particular, investors remain jittery about taking on much risk in the current market environment.

To be sure, AMC’s news is positive for Dogecoin and Shiba Inu. The company’s acceptance of the two tokens increases their real-world utility, which has been viewed as a weakness for both in the past.

But real-world utility is only one of several factors that impact cryptocurrency prices. What matters most is whether or not investors see Dogecoin and Shiba Inu as strong candidates to generate solid returns. With the current “risk-off” market, many investors continue to think that cryptocurrencies aren’t the best places to put their money right now.

This environment could change. If geopolitical tensions fade, more investors could be ready to take on considerably higher levels of risk. There are also other potential catalysts that could light a fire beneath Dogecoin and/or Shiba Inu. For example, Shiba Inu will soon have a burning mechanism in place with the ShibaSwap 2.0 decentralized cryptocurrency exchange.

I won’t go as far as to predict that Dogecoin and Shiba Inu will take off soon. However, regardless of what happens next, I doubt that investors will keep yawning for too much longer.