Cardano price saw some bullish price action return during the latter half of the trading day. News regarding Ukraine’s new stance on NATO flipped markets on their heals worldwide, turning equity markets bullish and commodity markets reversing most of the daily gains. How long this change will last remains to be seen.

Upon release of President Zelinksy’s comments, equity markets turned positive, with the NASDAQ moving up 2%, WTI dropped from 6% to 2%, Cardano hit a high of 3.4%, and Bitcoin up 3.6%. Prices have since cooled a little, but Cardano price and the wider cryptocurrency market remain green.

However, Cardano price remains in very bearish conditions. It is trading just below a major capitulation level that could generate a major crash towards the $0.34 value area. Furthermore, the Volume Profile becomes nearly non-existent between $0.79 and $0.35, warning of tremendous crash very soon if bulls fail to support ADA.

Near-term support for Cardano price is the 61.8% Fibonacci retracement at $0.78. Additionally, the Chikou Span is also reacting to the top of the Ichimoku Cloud as a support zone. 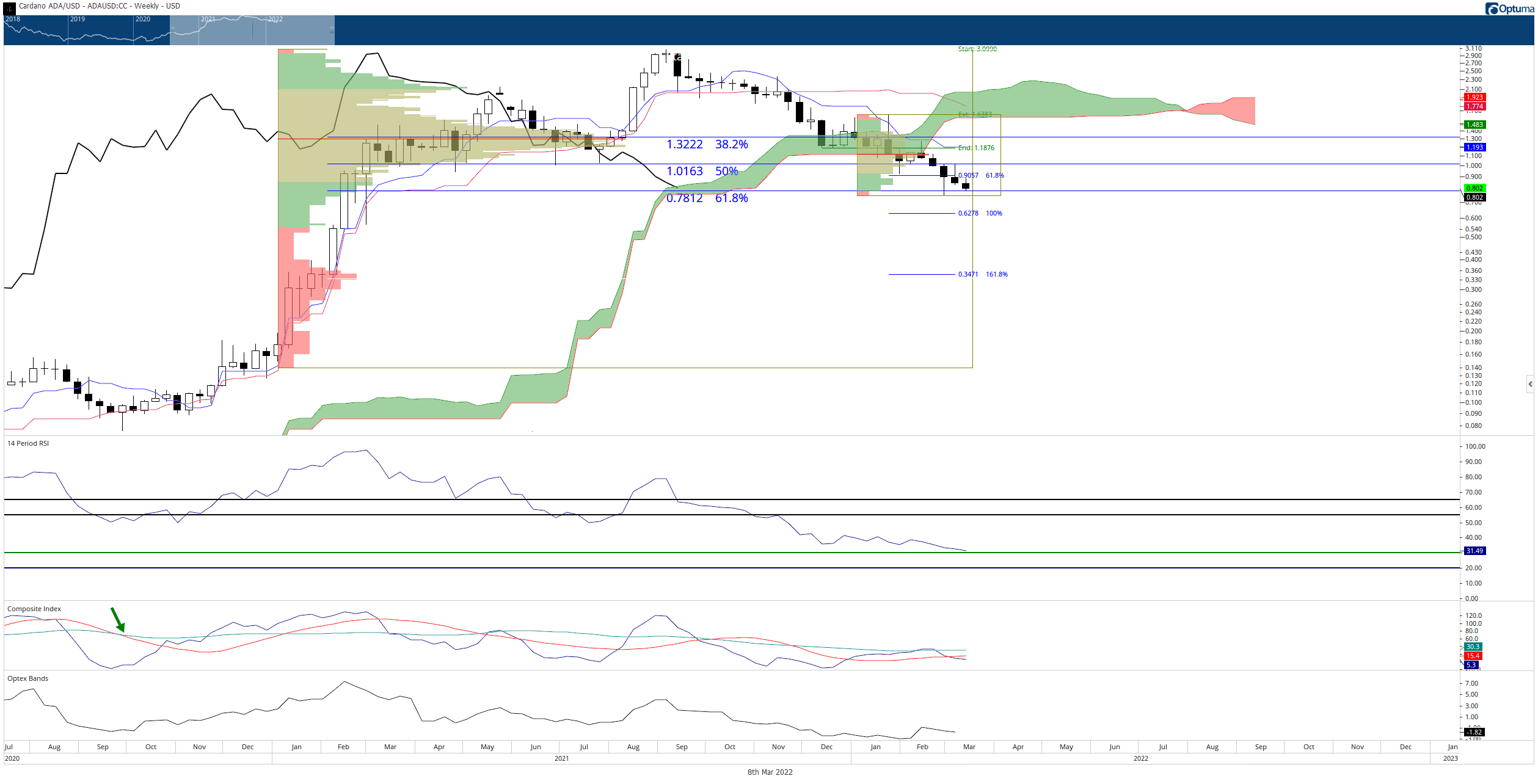 The weekly oscillators provide some early indications that a bullish bounce may soon occur. For example, the Relative Strength Index is just above the first oversold level in a bear market at 30 and has held it as support. Additionally, the RSI is currently trading at the lowest levels since March 2019. Similarly, the Composite Index is near historic lows and has formed a regular bullish divergence, giving another positive signal that a turnaround for Cardano price may be imminent.

If bulls wish to invalidate any near-term bearish projections of a price collapse in the $0.35 value area, then Cardano price must maintain a daily close above $0.79.