Litecoin bullish breakout could generate a 30% spike for LTC

Litecoin bullish breakout could generate a 30% spike for LTC


Litecoin price presents a buying opportunity before its next major push. The combination of the two bullish reversal patterns suggests that it may be on track to exceed the $125 value area on a confirmed break.

Litecoin price action faced immense selling pressure on Thursday, falling more than 13%. And just like the rest of the cryptocurrency market, Litecoin experienced a substantial recovery. Unfortunately, buyers could not recover all the loss, but LTC did close moderately lower for a 1.2% loss.

The dramatic whipsaws in price action is a powerful combination of Point and Figure patterns, generating one of the most ideal entry opportunities for Litecoin price in months.

The theoretical long setup for Litecoin price is a buy stop order at $110, a stop loss at $105, and a profit target at $134. The entry confirms two Point and Figure patterns. The first is a Triple-Top Breakout; the second is a Bear Trap. The combination of the two patterns executing simultaneously exacerbates the likelihood of a sustained bullish drive higher. 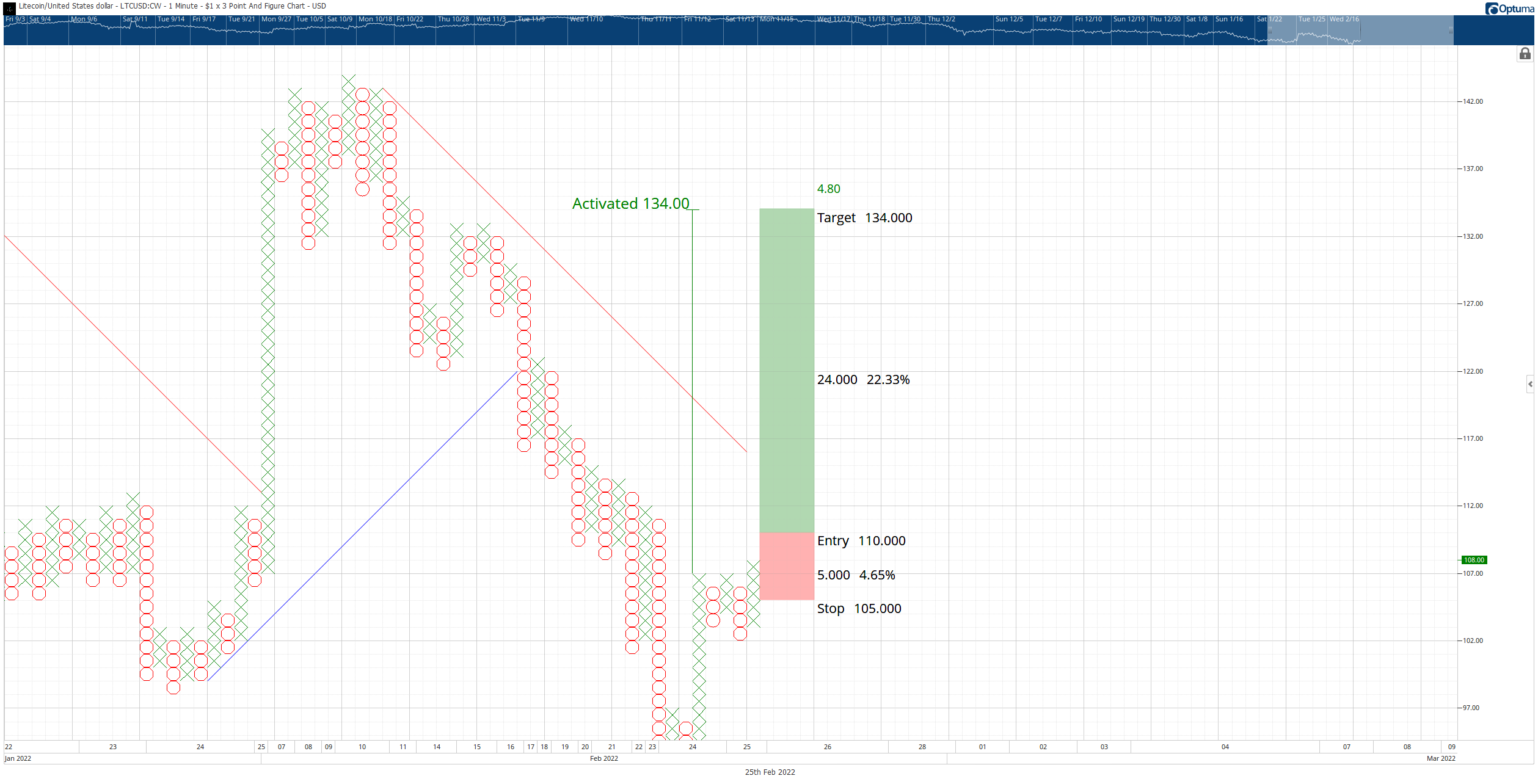 The long setup represents a 6.25:1 reward for the risk with an implied profit target of 23% post entry. A three-box trailing stop would help protect any profit made after the entry is triggered. Additionally, it is not likely that the Litecoin price profit target would be hit in a single or even two columns. Traders should expect some initial resistance against the bear market trendline currently near $115.

Should You Sell Litecoin (LTC) Saturday?