Litecoin price has a massive collection of resistance levels ahead that it must break before extending into a bull market. Between the price levels of $130 to $143, Litecoin must break the following technical levels:

The number of resistance levels and the strength of those levels may prove to be a daunting task – but certainly not insurmountable. The most critical, near-term level for bulls to target is a close above the Ichimoku Cloud at or above $133. In that scenario, most of the short-term bearish outlook would be eliminated. 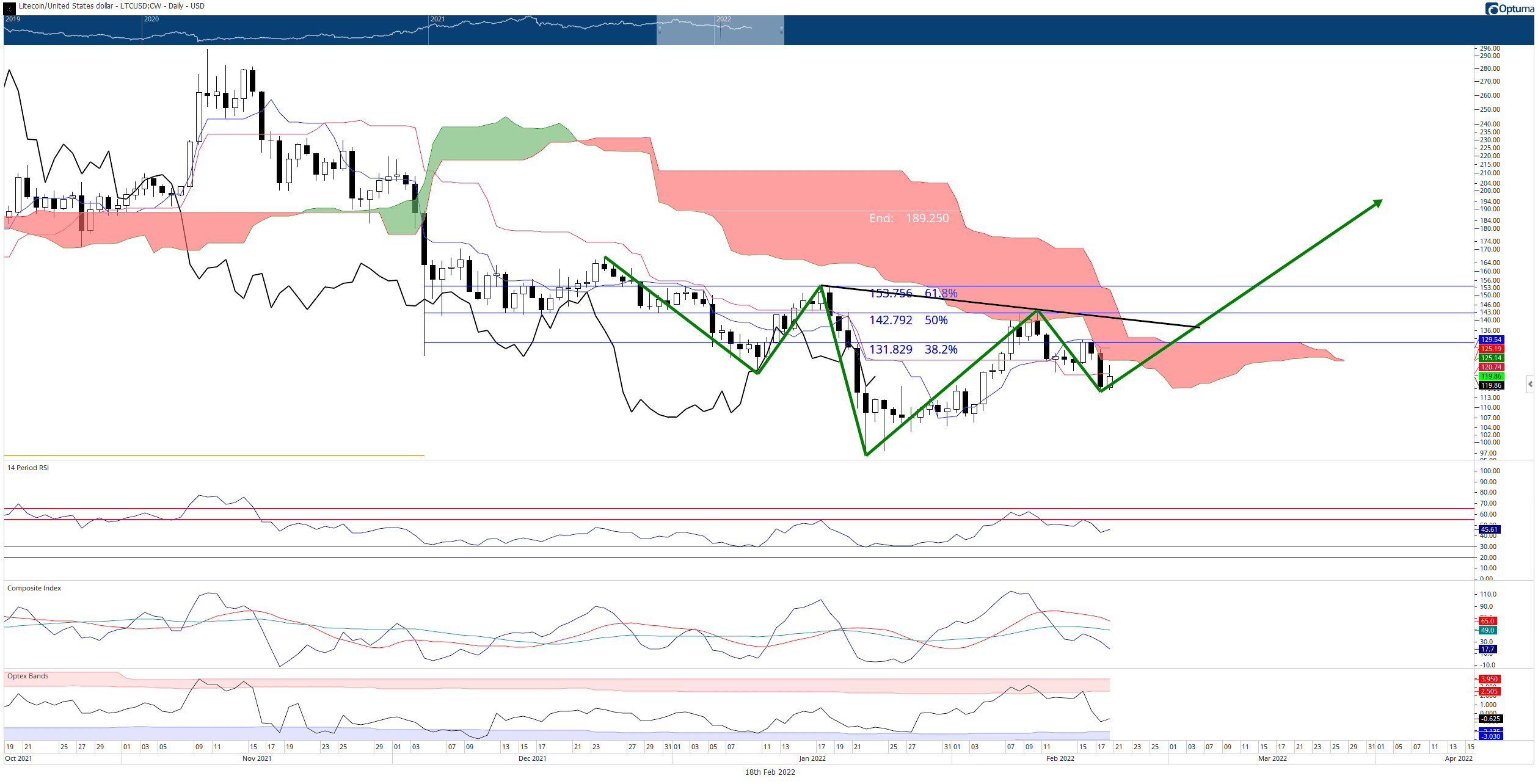 However, bears are not far away from achieving a move that could trigger a considerable sell-off below the $100 level. If the Chikou Span closes at or below $106, it will be below the bodies of the candlesticks and in open space – initiating an Ideal Bearish Ichimoku Breakout. From there, a push towards $95 for Litecoin price is highly probable.

Should You Sell Litecoin (LTC) Saturday?